An interview with Kim Lemme, Water For People’s Director of Learning & Influence, on the organization’s journey to systems strengthening.

Original interview available through the Agenda for Change blog.

Background: In 2011, Water For People adopted their Everyone Forever model, which ensured a systems-thinking approach to reach a high-level of water and sanitation services for all communities, households, schools and clinics across a district that would last over time. This was a radical approach at the time when many NGOs were still focused on community-level water and sanitation projects unconnected to the larger system of service delivery. They also set a high bar for accountability as they committed to building in a monitoring process that allowed visibility on service levels.

Susan Davis, Global Coordinator, Agenda for Change:  When and why did Water For People start thinking about moving from a project approach to a systems approach?

Kim Lemme, Director of Learning and Influence, Water For People: It was less a specific moment and more of a shift over time. The change in our monitoring approach signified the first shift in our work that then facilitated our conversations. We asked ourselves, "what are we going to do about all this infrastructure that is no longer working?" We realized it was time to look at things more deeply rather than just accepting the business as usual model. We needed to highlight those specific issues and bring awareness to the sector. Once the awareness was there, it was easier to come up with solutions because there was more of a focused lens on it.

SD: Do you think that your radical monitoring approach was important for bringing awareness to solutions?

KL: I think the commitment to monitoring over the long term was a key part of bringing awareness. Also, the idea that we are not here just to monitor for our own projects, but that we monitor at a district level was an evolution of its own. Although, the process of monitoring for the long-term is something that we did early on and was unique to us, especially the fact that the monitoring was not grant-specific, it was not paid for by any one entity or tied to any one project.

SD: Did all that data make it harder for donors, governments, and local actors to ignore what was happening?

KL: The data were harder to ignore because it was right around the same time the sector was shifting towards data driven decision making. Meanwhile, we were transparently showing the data, consistently over time and in the same locations. Our goal was to highlight everything that was happening in and around a district to show what was working, and what was not working.

I also think the timing of the Millennium Development Goals may have influenced the process: we were halfway through and the goals were not being met! At the same time, we started changing our conversations with donors to explain that if they didn’t invest in other things (the maintenance, financing, etc.), the pipes and pumps were a worthless investment.

SD: Water For People didn’t use the term "Everyone Forever" at first, and the systems language has only come in the last few years. Can you elaborate on that a bit more?

KL: The slogan of Everyone Forever was so simple and relatively easy to understand. As the ideas were talked about more and more, the tag of Everyone Forever stuck as the name of the model we were using for implementation. Partners on the ground picked it up quickly, making it easier to talk about our way of working.

When you are talking about systems and WASH, some people are still wondering if we are talking about a water system, or if are we talking about ecosystems. So, you can lose people quickly. However, I do think those who are in the philanthropy sector are embedded enough in it now in terms of systems thinking.

SD: Let’s talk about staff – at the global and country level. Have there been any changes in the kinds of people you are hiring?

KL: We still have engineers on staff who oversee and work closely with the technicians at district and national levels, though it is not quite as engineering heavy as it once was. In addition, we also have business experts, community mobilizers, and data champions.

We also seek collaboration with people who have lived in the communities where we work, people who have grown up there. Staff who have deep relationships in the context where we are working are critical in terms of influencing and changing the conversation: you are walking into a meeting understanding the context because you have grown up there, and you can read the room a lot better and shift the thinking more easily than if you are coming in with an outsider lens.

SD: What would you tell an organization that is about to start this shift?  Does it take another 10 years?

KL: Looking at the building blocks of Agenda for Change and determining how those aligned with our workflow was a large part of that journey [for Water For People]. I would advise anyone starting now on a systems-change journey, start with those key building blocks that will inevitably rise on the road to changing a system – political will, governance, finance, and management – do not try to figure out how your issues might be unique. Contextual issues are abundant and important to think through one at a time; however, it all boils down to the same core building blocks. There is a lot to point to as far as evidence across countries and organizations. I would hope it would not be as long of a journey for other organizations.

SD: How do you know when you are done? Does Water For People go out of business?

KL: We are looking at exit in a couple of phases as opposed to disappearing overnight. In San Pedro district in Bolivia, anyone that you asked on the street today would say "Water For People does not work here anymore," because they have not seen us for quite a while. However, we do keep our finger on the pulse, and we are still keeping track of how things are going. The second phase of that will come once the district has been through a few cycles and everyone is comfortable there is no need for any future intervention.

How the organization knows when we are done is not as clear. It is not just a checklist; it is not just having yellows and greens on a scorecard; we must first ensure that anyone that still does not have service is not being excluded because they are part of an excluded population. The other question is do we stop, or do we keep going in new places? We will be out of business in districts that we exit but I do not know organizationally when we will close the doors. I guess when SDG 6 is reached.

SD: At what point was there a recognition that you had to work at a national level, and with other NGOs?

KL: There was always a goal to use the district-level work to scale up to replication at the national level. Starting at the district was the most logical because in most places that is where the responsibility to deliver services lies. The next step was getting all the various stakeholders talking together at the national level, not just at the district level, and having advocacy conversations about issues like planning, monitoring, and funding. Without the evidence of systems strengthening work happening in a couple of districts, the national conversation is a more difficult thing to start. In short, I would say the national piece was always there, it just came later in the process.

SD: Water For People is relatively small, in terms of budget and staff, compared to some of the other, bigger NGOs, yet you seem to have had an outsized influence. You all were very bold.

KL: And disruptive. Some of those early years were disruptive to business as usual, right? So, even though we were small, through strong partnerships and champions in the governments where we worked, we were able to have a seat at the table to talk through long-term change in the sector. Couple that with the ability for our teams to say, "this is a priority," and to spend a lot of time influencing how WASH is implemented in their country through this work, was a powerful thing.  It was less about us, and more a way to shift how things were getting done.

Kimberly Slinde Lemme is the Director of Program Learning and Influence at Water For People and dreams of the day we are no longer talking about WASH poverty. Before spending the past decade in the WASH sector, she worked in microfinance, education, trade, and economic development. When she is not traveling for work, Kimberly loves to spend time with her family in the mountains. 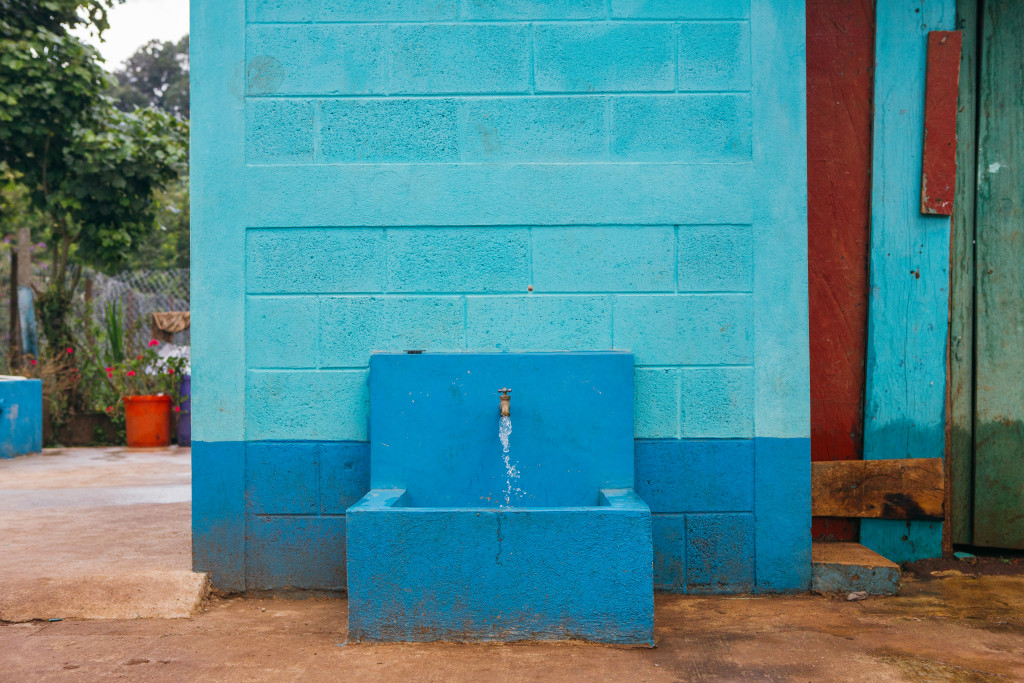 Keep Calm and EF On 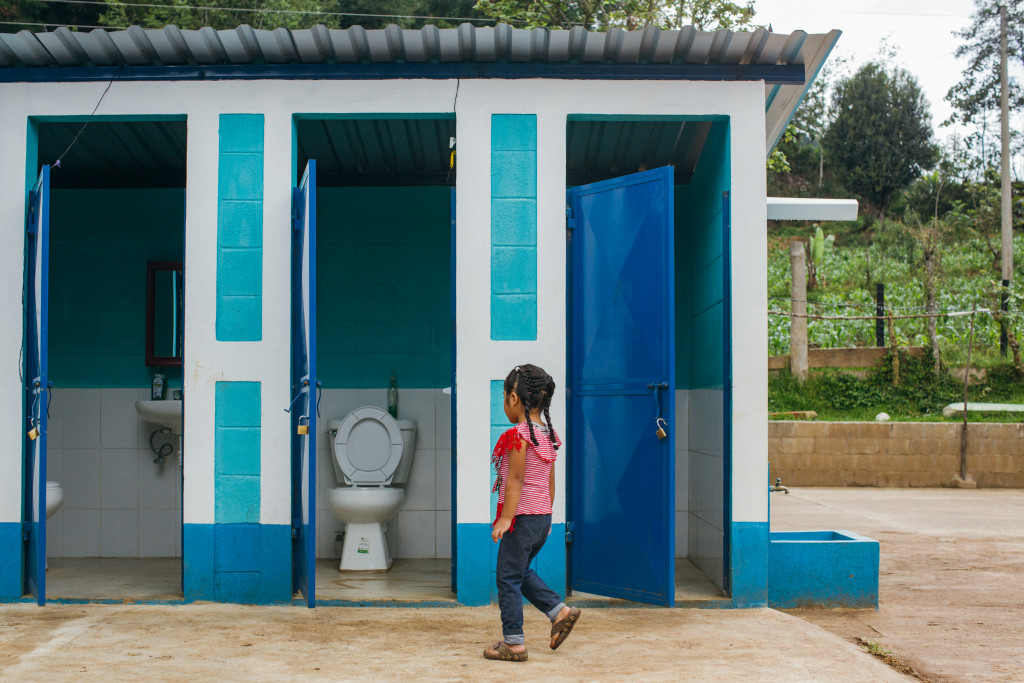 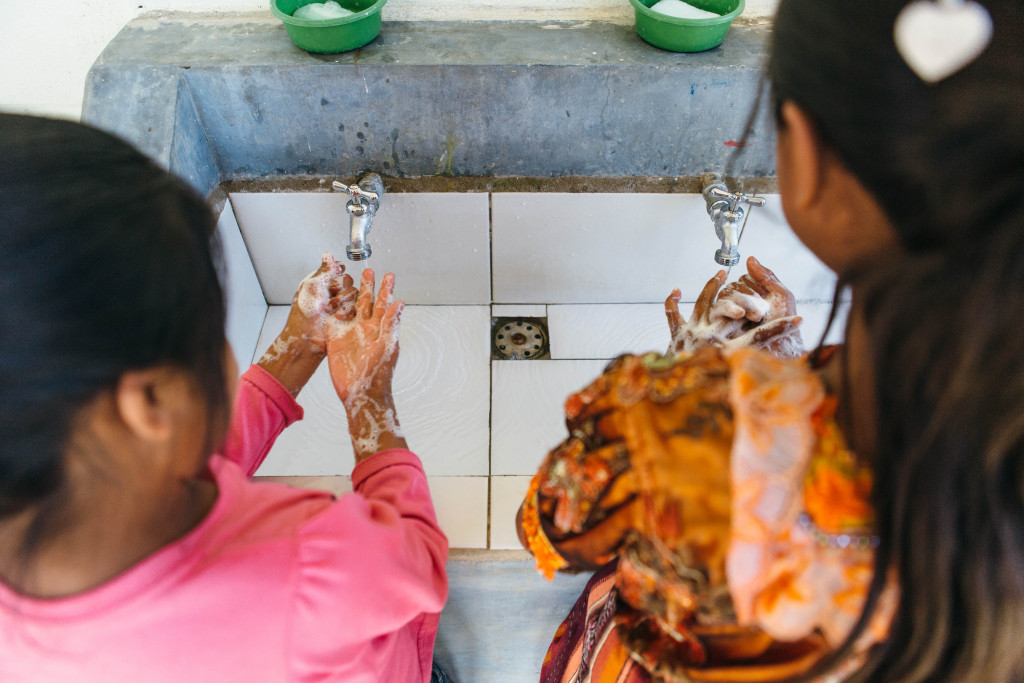 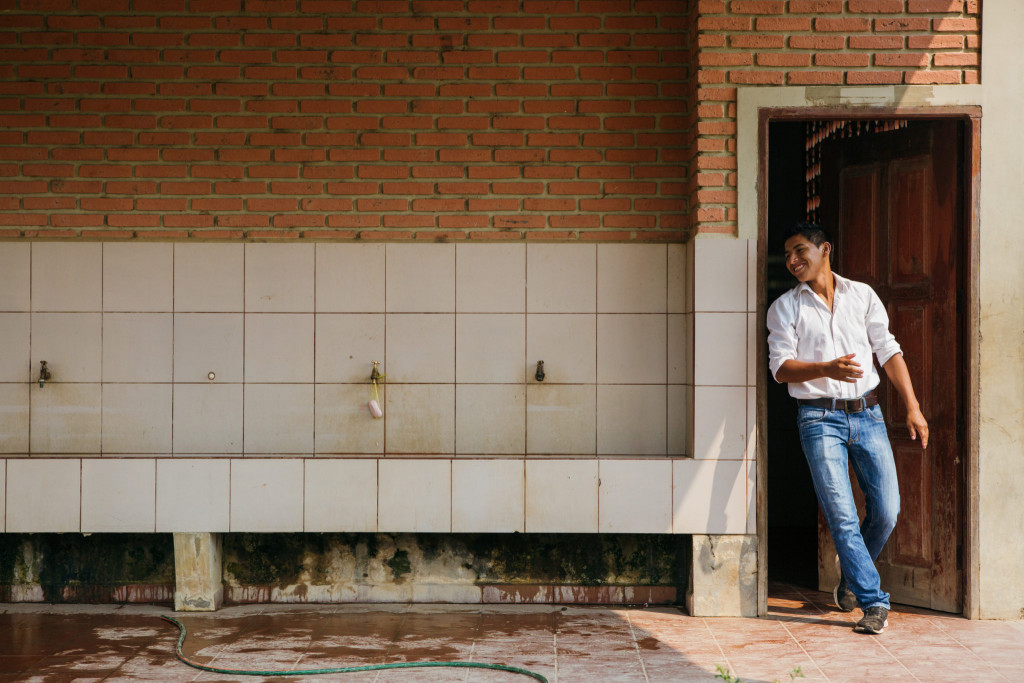